Has the prominence of the 20th century Bloomsbury Group and the achievements of the suffragettes eclipsed the achievements of 19th century trailblazers? This question led us to discover women who challenged a predominantly male dominated society questioning assumptions, traditions and expectations. Despite barriers, these women fought to open doors for women in all areas of life.

Women for Women is a two-year Lottery Heritage Funded project inspired by amazing women who lived, studied or worked in the Bloomsbury in the 19th century.  During lockdown when we started to look more closely at the buildings around us and ask questions about who, why, how they were founded, we unearthed stories of inspiring women whose voices are unheard. This inspired the project Women for Women which we are developing with the community.  Over two years we will conduct research, run workshops, facilitate talks, produce events and a film and develop website resources.

For W4W we are defining ‘Bloomsbury’ as the area stretching from the Euston Road in the north to Holborn in the south and from Tottenham Court Road on the west to Gray’s Inn Road on the east. Most of the area belonged to the Bedford Estate, development of which was tightly controlled, with six bar gates controlling who entered, how and why. Residents were mostly middle class.  The British Museum and the Foundling Museum were prominent at the beginning of the century but, gradually, educational and medical institutions and charitable foundations multiplied. Many were set up by women for women.  However, those areas not part of the estate that allowed ‘trade’ contained pockets of poverty. Many women also spoke out to tackle the underlying issues of poverty and support those in need.

The position of women

19th century middle-class women were expected to perform the roles of wife, daughter and mother and their education was to prepare them for these roles. Those who were unmarried and without family financial support, could become governesses. Working class girls had minimal education. They were obliged to take gruelling, low-paid work as domestics or factory workers. Some were forced into prostitution. Throughout the 19th century many women challenged societal expectations and spoke out against those who enforced barriers to their equality.

Legally married women could not own property or make wills. They were seen to be their husbands’ property. They could not vote.

Our journey through 19th century Bloomsbury in the shoes of women connected to the area is not a smooth ride.  Women are told that they are ‘intellectually inferior’ to men, ‘lady doctors’ are ‘traitors to their sex’. The language of opposition to women’s equality is manipulated to keep women in their place. For example, it was argued that menstruation makes middle-class women unsuited to work though working-class women are exempt from this exclusion. Others maintained that women in the workplace distract men from their serious occupations as women were believed to display ‘frivolous behaviour’.  It cannot be assumed that all women were of the same mind or that they were always supportive of each other. Some argued that their ‘natural role’ was in the home. Others disagreed on what their goals should be. Most men were challenged by women’s desire for equality and were on the defensive.  However, some were supportive and found ways of allowing women’s entry into their professions and institutions. Some progressive male lecturers taught women outside those exclusive establishments and empowered them so that they did enter areas which had previously been men-only. However, it was primarily women’s activism and networking that changed the status quo. Women founded many of the Bloomsbury institutions and charitable organisations which had and still have national importance. They also sowed the seeds for new professional careers. Previously low-paid, untrained women worked as nurses and midwives.The 19th century activists prepared the ground for a professionalism which remains today in nursing, midwifery and social work.

Those women wanting entry to the professional world are seen in many fields including education, employment, medicine, the arts, journalism, archaeology, politics, law, philanthropy…. The list goes on 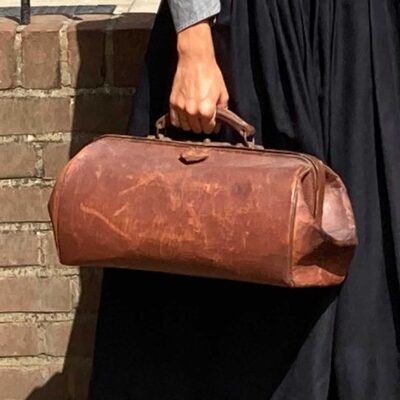