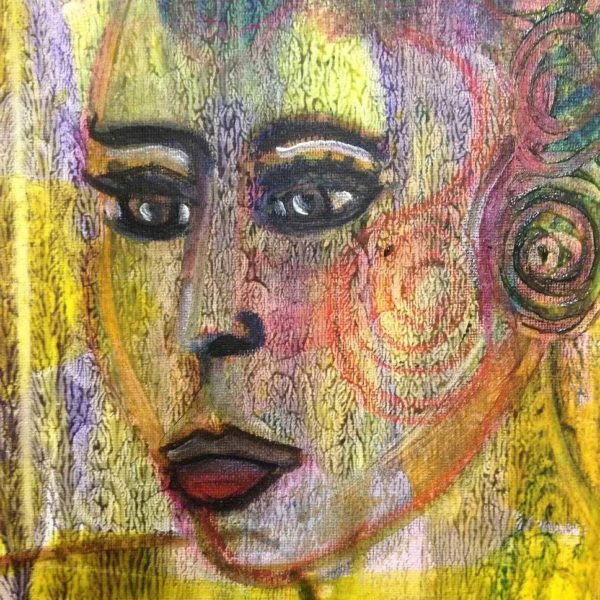 In the dojo, when I had a man down on the mat, all I could feel was the kitchen chef’s burn-marked hands crawling all over me, his gold signet ring, cold against my neck. Now when I looked down at DCI Jones there was no ring pressing into my skin. The policeman slapped the mat. It was over. I had won. This was gold. Pure gold.      Clare

I train with other girls. The Turks are coming. We must be ready. The Turks take us. I go to prison for two weeks. I am 12. When I come home from prison my mother says I saw you. What happened? I say nothing. I feed the bird. I kiss her new baby………..One year in Iran. Recruiting girls to the Kurdish side. I go to Armenia. Six months in Erevan. I am fighting for us Kurds. Iraq, Syria, Turkey.   Deniz

When you look at women characters on screen or on stage or in the media, do you have any strong thoughts about their representation? Are there any examples you might want to give about what you like or don’t like?

We ended up with a female Doctor Who. I have no interest in Doctor Who –but I thought it was a shame there was such an uproar. I don’t know how many people were actually opposing it, but I suppose – [there was ] a lot of noise, whether that noise really exists in the real world or it is a product of a small number of people on Twitter whipping up a lot of noise, I don’t know..But I suppose it is a symbolic moment where a very traditionally male character is now being played by a woman and .. I don’t think there are many people who’ve watched it and thought “Oh no, it just doesn’t work with a female.” I don’t think that’s the case, I think that is quite significant and I think that matters. You know, obviously it is great having someone like Hermione in Harry Potter but there is still the male lead character…  Ad (m 23)

When you watch films, television or use social media, do you see that a lot of women have violence done against them on the screen? How do you react to this?

I notice that a series or a film often starts with a murdered woman. And it horrifies me because why is that the norm, the given? Why is that every day, normalized, um generalized? It seems it needs interrogating. Why?  J (f 70s)

Do you notice any difference in different countries about how women represent themselves?

I feel that the continental women, such as French women or Italian, there seems to be much more value on their ability, on the knowledge, their attitude towards the family whereas I think in England they’re much more self- interested on their appearance.  .. by the way they dress, by the way they show themselves as being beautiful or wealthy    there is an aura of them wanting to impress rather than them wanting to be impressive.  Al (m 83)

And your thoughts?  Do tell us: admin@pascal-theatre.com